Diposting oleh Agung Prasetyo Oktober 01, 2015 Posting Komentar
Psycholinguistic is combination between language and psychology. Language called as internal structure of psycholinguistic because it is core how development of linguistic. Whereas, psychology called as external structure about human mind, tough, behavior, memory process, mental. Therefore how the language produced such as speech production. 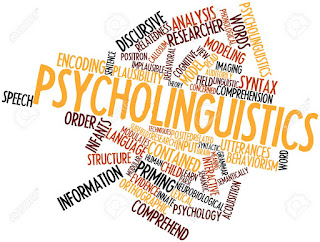 Psycholinguistic is combination of two variable that are linguistic and psychology. Is also call conses to two factors, internal factor (linguistic) speech, word, lexical, phonology, and so on. And external factor (psychology), human behavior. Therefore in micro it discuss about the language, and the macro aspect talk about language and the connection with external factor like psychology, sociology and so on.

In psycholinguistic tried to discuss about

Non verbal language is a language that produced without literal content such as body language, face expression, etc

Therefore, Psycholinguistic is process of language production, how to brain see the language.

Below the “Development of processing”

The purpose of psycholinguistic

The process how listener can understand what speaker says is process of psycholinguistic.

More explanation about psycholinguistic
How if a person have bilingual language. In human brain has a certain place (cortex) to place a language, a cortex a language.

There are two kind of language acquisition theory:

Cognitism : In this theory explain that a child / human has LAD (Language Acquisition Device). The device will produce a language.
It his theory assume that if a child / learner make a mistake because of they are not
creative in produce language / lack of language perception. If the leaner has stimulus firs in their mind. They will be easily understand utterance.

In behaviorism also called: Tabularasa or plain paper (kertas kosong) a child like plain paper. They will acquire the language depend on how their parent or environment write it.

There are no relation between language and thought, human have their self language, language just culture expression us a part of society (Chomsky). 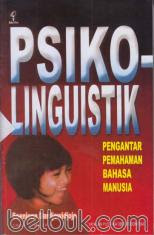 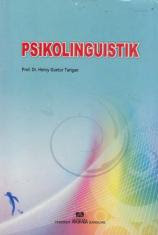 Posting Komentar untuk "What is Psycholinguistic"