Connection between Thought and Language

Diposting oleh Agung Sejuta Oktober 06, 2015 Posting Komentar
One of psycholinguistic subject is tried to find the relation between language and though. How they are able to collaborate to produce communication both spoken and written. In this article focuses on how to master a language in spoken perspective.

Speak means produce sound sound which arranged from a number of words or sentences to convey certain meaning to listener or build a communication. Related to language and thought, they cannot be separated. Though refer to idea in mind and language is encode of the  idea in a communication.
Finally, the purpose of understanding and language production is to build simultaneous relation to master of lexical, syntax, and semantic skills.

A baby has some stage to master a language especially speaking since they was born up to 6 six years old. Therefore how the development of the baby learn the language. 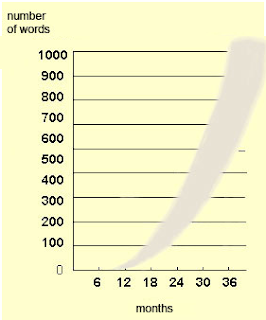 Each children has different language development, above language learning is average age mostly acquired by children.

In learning or acquire language some of child encounter language disorder. The language disorder divided into two major categories. They are dysphasia and aphasia.
The connection between language and thought is how a baby or child acquire the language and learn language especially how they produce a sound or speak to convey their mind in a communication. To achieve a proper communication a child has a number of stages since first year until mastery more than over 2500 word at the age of 6. To master the language a child has different development. Some of language disorder may hamper language acquisition including like dysphasia and dyslexia which caused a child to speak and read late. Whereas, aphasia causes speak slowly and reduce to understand spoken and written language.