A Foreign Language Anxiety Scale for Hungarian Learners of English 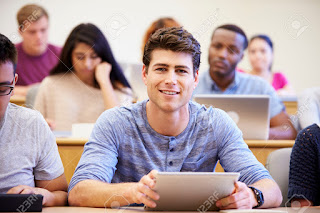 1. Approaching to the study of anxiety in second language learning

Communication apprehension is a type of shyness or fear associated with communicating with people (McCroskey, 1970). In theL2 domain it manifests itself in anxiety about speaking the target language (oral communication anxiety), especially speaking it in public (“stage fright”), and in apprehension about not understanding or misinterpreting L2 messages (receiver anxiety) (Wheeless, 1975). Test anxiety is defined as “the tendency to view with alarm the consequences of inadequate performance in an evaluative situation” (Sarason, 1978, p.214). In the language classroom it refers to worry over frequent testing, which may become a source of frustration for learners, as their proficiency is assessed while it is being acquired. Finally, the third aspect of FLA, fear of negative evaluation is “apprehension about others’ evaluations, the avoidance of evaluative situations, and the expectation that others would evaluate oneself negatively” (Watson &amp; Friend, 1969, p.449). In the FL learning setting it may refer to academic evaluation, as well as to personal evaluations of the learners on the basis of their performance and competence in the L2.

The development of a theoretical model of FLA was an important step forward in the study of anxiety in language learning. Although Gardner, Clément and associates’ research was also guided by the tacit assumption that language learning produces a unique type of anxiety, as evidenced by the use of measures of anxiety specific to L2 situations in their studies, the concern of that line of research, as MacIntyre &amp; Gardner (1989) pointed out “has been with larger issues of attitudes and motivation, rather than the more specific role of any single construct such as anxiety” (p.42). Therefore, Horwitz et al.’s (1986) has been the first attempt to single out anxiety from the broader context of affective variables and provide a theoretical basis from which research focused directly on anxiety could proceed. This section looks at the findings of studies aimed to test and refine the theoretical FLA construct.