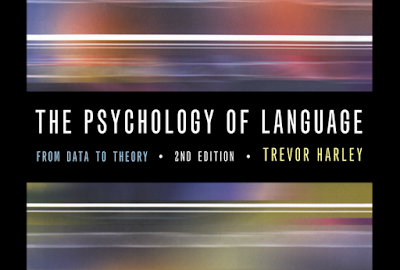 Language is a major component of understanding human behavior. One of studies that concerns with language is psycholinguistic. Psycholinguistics examines the psychology of language; it studies understanding, producing, and remembering language, and hence is concerned with listening, reading, speaking, writing, and memory for language.

What is Language and How did it Originate?

How did language originate?

Where did language come from? The capacity for language and symbol manipulation must have arisen as the brain increased in size and complexity when Homo sapiens became differentiated from other species between two million and 300,000 years ago. There are indications that Broca’s area, a region of the brain associated with language, was present in the brains of early homonids as long as 2 million years ago. The human apparatus has become particularly well adapted for making speech sounds in a way that is not true of animals. The fundamental structures of the articulatory apparatus appear unchanged over the last 60,000 years.

What is language for?

Language is a social activity, and as such is a form of joint action (Clark, 1996). We do not speak or write in a vacuum; we speak to communicate, and to ensure that we succeed in communicating we take the point of view of others into account. Although the primary function of language is communication, it might have acquired other functions. In particular, language might have come to play a role in other, originally non-linguistic, cognitive processes. The extreme version of this idea is that the form of our language shapes our perception and cognition, a view known as the Sapir-Whorf hypothesis.

The history and the methods of psycholinguistics

As its name implies, psycholinguistics has its roots in two disciplines of psychology and linguistics, and particularly in Chomsky’s approach to linguistics. Linguistics is the study of language itself, the rules that describe it, and now our knowledge about the rules of language.