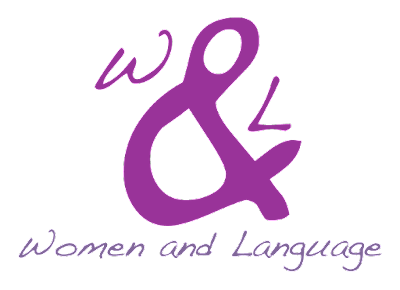 Humans are social creatures who can not live alone. In life, people're always interacting with others and the environment. Humans live in groups either in large groups or in small groups. Living in groups is certainly not easy. To create a harmonious living conditions of members of the group must be mutual respect and appreciate. Regularity of life should always be maintained. Regular life is the dream of every human being. Creating and maintaining a harmonious life is the duty of human.

Humans are creatures of God the most high compared to other God's creatures. Bestowed on the human ability to think, the ability to sort out and choose what is good and bad. With the advantages that a human should be able to manage the environment properly. Not only is the environment that need to be managed properly, the social life of men is to be managed properly. To that required qualified human resources. Resource-minded leader, at least to lead themselves.

With human-minded leader will be able to manage themselves, and environmental groups as well. Particularly in the response to a relatively complicated and difficult. This is where the wisdom required of a leader in making decisions so that problems can be resolved properly.

Then if the leadership of an effect on gender specific. For example, a leader must be male? It was a busy talking to the general public in Indonesia, especially the people around us. They assumed that a woman has less leadership, and a man who more deserves to be a leader.

In this paper will be explain of society perspective or stereotype about woman in her domain like in society environment, university, company and other place, because there are some differences in language using include her leadership to lead an conversation among men and women and how the women use language to express her ability include women attitude language.

Woman are part of social relationship, she have role in social class include became a leader of society and her language are different with men. There are some perspective of society of woman in language.

Woman has a different Stereotype in society, including in language. What is stereotype about the women, stereotype is a judgment to a person based on perception where they in a categories, and not all of judgment are accurate (Gilman). It is a short mind to make simple conclusion of complicated cases. Woman has a language un aware happen, it become stereotype which appear of their self, she will speak polite, indistinctly, they often gossip or speak more than man, speak complicatedly (Lakoff 1975).

Example, politeness language of woman become an interesting point of men, it is a description of a personality. And other stereotype one of woman responsible are care her children, so she must be polite in conversation (Holmes 1992)

There are women stereotype language replacement based on some factors: First social factor, like in job position, domestic job can be done by men, and women work in some position so it must work and prepare. Second is education factor, it sill increase of equality in gender, third is age factor, women above 50 years old will be aware about gender because differences in social era. Forth is cultural factor, based on traditional culture, household job are woman job, fifth is religion factor, woman must serve her husband or in other word under the man position (suyanto). Based on this statement, writer still regard role of stereotype is main factor in language.

However there are some replacement of some stereotype of women, but the stereotype about woman in her language still relevant and become barrier of woman in a relation to conversation among women and men.

In real life - the day, both within the family, organization, corporate governance up to often heard as the leader, leadership and power. Those two words do have relationships with one another. It is s kind of domain speaker in certain interaction between participant in a setting and a topic , such as friendship, education and others. (Holmes 1992)

Leadership means using power to influence the thougts and actions of others in such a way that achive high performance (Anderson 1988), and process of making other people are inspired to work hard in implementing important tasks (Schermerhorn, 1999) to influence others to do something like that desired by someone who wanted it (Kanter, 1979). That's why the leadership or the leadership is often defined as the ability to influence the group to achieve certain goals (Robbins, 1998).

Gender and position determine sociolinguistic context because speaker will use different source to tell her argument. Senior Women will speak in more masculine way in work place (Schnurr 2009) to balancing gender identities and professional (Mullany 2007). If number of men higher than woman, woman will be polite, clearly and powerful when speak in front of others including women, she will be formal language when she lead as a form of professional ( Holmes 1992, Kanter 1997)

There are some factor of women's linguistic behavior in using forms that are more standard;

Example, A teacher will speak loudly, distinct, clearly like a men or masculine concept when she teach in front of class or when she become leader of a meeting based on professional and her position and that time and it will be different when she in ordinary position.

The problem of public response about leadership of a woman in Indonesia, Many people argue that, leadership should be held by a man. Women were considered less able to be made in a leader. They base their stance on some of the religious texts they consider to forbid women to be leaders. If one day they accept women leaders, it is because of certain political interests. And they use the excuse of emergency or any other religious pretext to justify his attitude. Thus, the acceptance of women as leaders rather than to indicate the progress of the discourse of a more pro-women.

However some barrier in women perspective language including her under men or position often in second position such as a secretary, but when he become leader, she can appear and speak formal and masculine like man.

Language as a aspect in main part of communication in social human life (Schegloff 1978). Language become tool to express of human mind, the relation between language and human living and social community become multilingual of using language (Holmes 1992). woman often create new word than man such as lovely, sweet, cute, charming and other word which considered in humor. female speakers interrupt less than males in mixed-sex conversations, female speakers use more indirect speech than males, female speakers use more conversational support such as ‘minimal responses’ than males (Mizokami : 142)

Woman has some different language with man in some features women’s speech (Lakoff 1975):

Woman language incline different with man and she has special interaction and produce of word to express her language in conversation. Based on her language woman give an contribution in enrich of social language.

Language is a main part of each part in human live, including woman language and her role to give contribution in language based on her position in society. Her contribution to enrich of language happening direct and directly, because there are many perception or stereotype about woman in using language, domain of woman such as leader to lead and became her attitude to increasing her ability in formality language using, an effective leader does not depend on femininity or masculinity but on the capacity of the leader to make collective actions and networks with other stakeholders rather than directive and assertive actions. and there are some new language as a result of woman behavior in conversation activities to enrich of vocabulary in society language.

Language and women became one unity to product some language in our society who is different with the man based on gender, culture, age, social class and others and finally each of people know woman role in advantage of language in each social of her life.