A Study on Relationship between Gender, Learning Strategies and Achievement among Iranian EFL learners 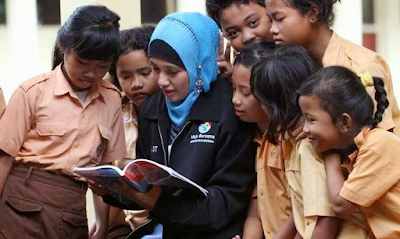 Achievement in foreign language learning depends on a great number of factors such as gender, learning strategies, learners’ attitudes towards the target language, anxiety, school type and the like to name a few. Hence, this study intended to investigate the strategies used by EFL learners with the purpose of finding the degree and the domain of differences of the strategies used by different genders and disclosing the extent to which strategy use and achievement are interrelated. To this end, a related questionnaire as well as an S-test, were distributed among 445 first grader - senior high school learners from 17 high schools in Mashhad. The findings of the study indicated a significant difference between male and female students regarding using the learning strategies in the first place. As it showed, the learning strategies of Memory, Cognitive and Metacognitive are more frequently used by the females while social and affective strategies are more in males’ favor. Secondly, it was proved that female students are more successful than male students in foreign language learning. Consequently, being aware of this differences between strategies based on different genders will help both teachers and students to achieve more success in learning a foreign language. Therefore, teachers, according to the research findings, are recommended to use for their pupils the learning strategies they will need for better achievement.

English is currently the dominant communication means in every area of life, including science, business, entertainment, TV, internet and diplomacy in the world. Nowadays, English is considered as the most widely studied language in universities as foreign and second language around the world. As English is an international language, it is intensively taught and even many people are still trying to learn it all around the world. Oxford (1990) divided the learning strategies into two main categories – direct and indirect learning strategies- each of which includes three subcategories. The direct strategies include: 1) Memory Strategy, 2) Cognitive Strategy and 3) Compensation Strategy. Indirect strategies are: 1) Metacognitive Strategy, 2) Affective Strategy and 3) Social Strategy. Six major groups of L2 learning strategies have been identified by Oxford (1990). These categories are as follow:

The main goal of this study was to explore the learning strategies of the learners, among three different types of schools. In addition, in this study the three school types were compared in order to shed light on the fact that whether SAMPAD students are more successful in S-test and have more achievement in learning English? And the final goal of the current study is exploring the learning strategy which is the best predictor of achievement among students in State, Private and SAMPAD schools.

RQ1. Is there any significant relationship between gender and achievement in learning English?


RQ2. Is there any significant difference between gender and use of second language learning strategies?


Scholars (specially postmodernist) believe that gender is a completely different concept from sex and it is not a biological fact at all (OktayAslan, 2009). According to Butler (1990), the concept of gender is brought into being when it is the matter of performance. Gender is therefore not something you acquire once and for all at an early stage of life, but an ongoing accomplishment produced by your repeated actions (Cameron, 2004). Although the words gender and sex both have the sense ‘the state of being male or female’, they are typically used in slightly different ways; sex tends to refer to biological differences, while gender refers to cultural or social ones.(Oxford dictionaries, Language matters, 2014). In the current study, the term gender is used following this conceptualization of gender which is defined as culturally constructed male identity and female identity, not the biological differences between males and females.


According to some scholars, women use learning strategies more often than men (Aslan, 2009; Dreyer & Oxford, 1996; Green & Oxford, 1995; Lan& Oxford, 2003; Tyers, 2001; Oxford &Ehrman, 1995). Božinović & Sindik (2011), Have found that that women use memory, cognitive and social strategies more frequently than men. The same result was obtained by Aslan (2009) “ The findings revealed that in all the domains of the subscales, females were superior to male students in using language learning strategies, which indicated a different result according to the previous studies”.

3.1. Reliability of inventories and Normality of the data

The reliability of the language learning strategies subscales and also the schema test was assessed using Cronbach's alpha. Chang (2002) reported Cronbach’s alpha of 0.96 for SILL. Tahmasebi (1999) also found Cronbach’s alpha of 0.77 for Persian version of SILL. In the current study an acceptable reliability was obtained reporting alpha value of 0.81 for Persian version of SILL.

“Is there any significant relationship between gender and achievement in learning English?”


In the current analysis, the Sig. value was .970, which was greater than .05. Therefore, variances were equal. It also provided the t value (t= 2.02) which is higher than 2 and the degrees of freedom (df=444). From the table above, it is also observed that significance was .043, which was lower than .05. Consequently, it can be concluded that the difference in S-test mean scored of males and females was significant; which indicated that females were more successful (M=55.02) than males (M=52.23) according to their S-test mean scores. To state differently females have a better performance in English language learning than males.

3.3. Results of the Data Analysis Regarding Research Question 2

“Is there any significant difference between gender and use of second language learning strategies?”


value of memory, cognitive, metacognitive, affective and social strategies are higher than 2 and sign value is lower than .05. So we can conclude that there is a significant difference between male and female students regarding using these strategies.