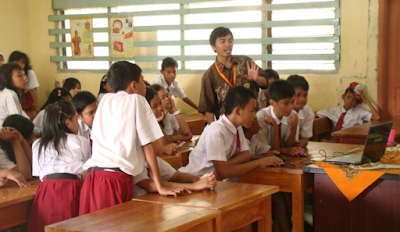 The 1990s have seen an enormous boom of interest in early foreign language instruction all over the world. The publication of scholarly state-of-the-art reviews (e.g., Rixon, 1992; Kubanek- German, 1998) and studies focusing on international comparisons of early foreign language programmes as well as conferences, special interest groups, workshops and special examinations designed for young learners all indicate the enhanced interest. In this section some of the issues emerging from the above sources, and most importantly from Edelenbos and Johnstone (1996), Blondin et al. (1998) and Nikolov and Curtain (2000) will be discussed. The first two surveys look into early language instruction practices in the European context, while the third one gives an overview of 18 countries from all over the world. On the whole, it can be stated that although the educational contexts of early programmes vary to a great extent, all take the assumption “the earlier the better” as a point of departure for granted.

In most countries not all children have early access to a foreign language: although typically almost nothing is said about selection, in most contexts only a minority of the age groups are placed in early foreign language programmes, mostly on parental demand. Research in this domain has revealed that in Hungary, for example, 5% of the students never get a chance to learn any foreign language (Nikolov 2000b); formally because of learning difficulties, but often because in small villages schools do not start a language early and when pupils transfer to a bigger school, they would already lag behind the others. On the other hand, in Germany a number of pupils with learning difficulties get early foreign language instruction geared towards their needs (Kubanek-German, 2000).

The problems identified in SLA studies are typical for research on early foreign language programmes: testing techniques vary and are often highly problematic for the age group. The issues typical across countries include the following:

Since the Burstall et al. report (1974) there has been nothing new, as educational history repeats itself: transfer from early programmes is problematic in all reviewed countries from Poland to USA, and from Hong Kong to Canada, as continuity is not ensured.

Continuity is lacking not only for particular languages (i.e., children cannot go on studying the foreign language of the primary years) but also in the area of methodology and integration of what children already know and are good at. Absolutely no research has been found into how secondary schools build on existing L2 proficiency.

A lack of continuity of support and ownership is also typical. As case studies on specific countries illustrate, ministries sponsor programmes for a while, but when the novelty element, specialist teachers and special in-service training are gone, support caters only for actual teaching but no further research.

Aims of instruction and comparability of programmes

Similarly to SLA studies and research on immersion programmes, outcomes of early foreign language instruction are almost impossible to compare. First, they cannot be compared to immersion or bilingual programmes, as they differ in the amount and quality of exposure immensely. Second, foreign language programmes are hardly comparable to one another as they vary in aims and conditions enormously.

Aims of early foreign language programs rarely involve attitudinal and motivational perspectives for young learners, despite the fact that most probably in the long run it is not the actual language gain that matters, but learners’ attitudes towards language learning and their own perception as successful learners. Also, somehow all children are assumed to be more similar to one another than adults: less individual variation is expected among children.

Finally, there are no feasibility studies looking into early and laterstart foreign language programmes. It would be important to know if there is a limit below which nothing should be done.

The general pattern involves classroom teachers with low proficiency but appropriate methodology and familiarity with the curriculum, as opposed to the specialist teacher, who is more proficient, tends to focus in the class more on the target language but applies less appropriate methodology. In most contexts minimalist solutions are paired with high expectations. The relatively low prestige of the early L2 teacher in the state sector is often in contrast with the higher prestige in the private sector.

It is surprising that there is no study on how teachers’ proficiency, and especially pronunciation, influences young learners’ language development. This is all the more shocking in the light of the arguments discussed in relation to the critical period hypothesis. One might wonder how children’s pronunciation will be influenced by the teachers’ non-native oral skills.

Strangely, most educators do not perceive a serious problem here, despite the fact that most materials are international publications. There seems to be a consensus on what is appropriate methodology for young learners, but researchers tend to take the implementation of such methods for granted. There is a lack of classroom observation studies on what actually happens in young learners’ classrooms and on how materials and methodology influence outcomes.

The aptitude of young learners is a generally under-researched area. Children are expected to develop basic interpersonal communication skills more easily, but cognitive academic language proficiency is also necessary in the long run to be able to use L2 literacy skills. It would be important to explore how context-embedded, cognitively undemanding tasks can be shifted towards cognitively more demanding ones.

Finally, there is not enough empirical research on how children interact with their peers and their teacher while doing tasks appropriate for their age. Good examples of how teachers and peers can scaffold pupils’ learning are hard to find (e.g., Gattullo, 1999; Kierepka, 1999; Nikolov, 1999b).

Read: What is Communicative Language Teaching?