Six Propositions in Search of a Methodology 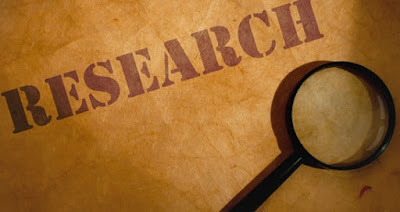 Halliday (1975) gives an account describing the process whereby his son, Nigel, acquired his first language. Significantly, this book was called not Learning how to talk, not Learning how to speak, but Learning how to mean. What children are doing in learning their first language is developing a system for meaning. It is true that this system is realized by wordings, but the children’s aim is not simply to produce words, but to influence those around them. They want to get things done, to make social contact, to be part of the world of others. Language does not develop in a vacuum. It develops in response to the need to mean. Our first proposition therefore is:

1. Language is a meaning system. And acquiring a second language entails acquiring a new system for realizing meanings.

Our next two propositions are to do with acquisition and learning. One of the puzzles surrounding second language acquisition since the work of Selinker (1972), Corder (1967) and other interlanguage theorists some years ago is that there is often a gap between the language learners know and the language they use. Even though elementary learners know that to make questions in English you invert the subject and the verb or modal: Where are you going? – not *Where you are going? they go through a stage where they get this right when doing an exercise or a test, but when speaking spontaneously they often fail to produce it.

The terms learning and acquisition are most closely associated with the work of Krashen (1985). He explained the fact that learners seem to know and at the same time not to know, by hypothesizing that learners operate two systems – the learned and the acquired systems. Learners may have learned about subject-auxiliary inversion and, given time to think, can produce language which incorporates this inversion. But they have not acquired these forms – they are not part of their spontaneous language behaviour. Krashen also argued that these two systems are quite separate, describing them as impermeable. He holds that the learned system has no influence on the acquired system – there is no leakage, no permeability between the two. The processes by which these systems are built up are also quite distinct: learning is a conscious process which we can to some extent control. Acquisition is an unconscious process. It is not controlled, and can only occur naturally, as a result of exposure to the language used in a meaningful context. Later research (see for example Long 1988; Skehan 1996) suggests that Krashen is mistaken in this, and that conscious processes and a focus on language form can contribute to acquisition. But this does not deny the paradox of knowing but at the same time not knowing. Our second proposition then is:

2. There is a distinction between learning and acquisition, but it is indistinct, and neither system is impermeable.

This links to our first proposition because we account for the difference between the two systems by pointing out they have a quite different focus – one on form and one on meaning. Learning focuses on particular forms of the language. Each pattern is separated out and practised in isolation, for possible future use, in the hope that it will be recalled/retrieved from memory when the need occurs, whereas acquisition occurs sub-consciously in meaning-focused situations.

3. Acquisition is prompted by the need and desire to engage in meaning, and takes place through the process of meaning.

We have talked a good deal about meaning, but what do we mean by meaning? The most familiar idea of meaning encompasses telling people things, expressing ideas what Halliday and Mathiessen (2004) call ideational. But Halliday’s notion of meaning goes further than this – it is also about presenting ourselves to other people. We show what kind of person we are through the language we use. This is a different kind of meaning, which Halliday calls interpersonal. This brings us to our fourth proposition:


4. Language serves a wide range of functions, including the presentation of self.

This becomes clearer when we look at language varieties and at variety in individual language use. Labov (1970) showed us that we vary our language according to the circumstances we are in. Compare, for example, talking about your work in a bar over a couple of drinks with being interviewed for a job, speaking to a panel of interviewers. When we use language in a relaxed setting among friends, for a predominantly social purpose, we use those forms which come readily and easily. We feel little need to conform to a prestigious standard form of the language. But when we are in a more formal setting, we do feel the need to conform to an externally imposed standard. If you look at transcripts of spontaneous spoken English you will see this very clearly (Willis, D. 2003: 186–211). Our fifth proposition, then, is this:

5. Language is variable. We vary our language to meet different circumstances and different expectations.

We have argued so far that language is a meaning system; that, though conscious processes may contribute to learning, acquisition is prompted by the desire to engage in meaning; that language and language use are intensely personal; and that we vary our language to meet circumstances and demands. It seems to follow from this that we cannot and should not seek to impose language forms on others. And those others include learners. We cannot teach learners what forms of language to use. The best we can do is to provide them with opportunities to engage in meaning. We can supplement this acquisitional process by providing a focus on language form in the belief that this contributes to acquisition (Long and Crookes 1993: 37–39; Skehan 1996: 17 30). But we cannot impose a meaning system on learners. Ultimately they must work out their own ways of meaning. They must, and will, vary their language to meet differing demands. This, then, is our sixth and last proposition:

6. Teaching for conformity to a standardized language norm is neither possible nor desirable.

What, then, is the role of the language teacher? What classroom procedures, what kind of methodology will provide learners with the opportunity and incentive to develop their own meaning systems?

Foreign language courses often work on the premise that students will learn (and use) the forms they are taught if they repeat them accurately and often enough. But such students often leave school unable to interact effectively in the foreign language they have spent five years learning. Classrooms such as these provide insufficient opportunities for natural acquisition. Our six propositions find no home there. So let us look at the opportunities offered by a task-based approach to language teaching (task-based teaching or TBT).

The basis of TBT is the task itself. But what activities count as tasks? It is difficult to provide a watertight definition of what constitutes a task, and many people have tried. Willis and Willis (2007) attempt to characterize tasks along the lines suggested by Skehan (1998: 95–96). They write:
The more confidently we can answer yes to each of these questions the more task-like the activity:
a) Does the activity engage learners’ interest?
b) Is there a primary focus on meaning?
c) Is there an outcome?
d) Is success judged in terms of outcome?
e) Is completion a priority?
f) Does the activity relate to real world activities?

If we evaluate activities in this way, we can see more precisely how to adapt them to make them more task-like. The important thing is that tasks engage learners in real language use; learners are free to use whatever language they can to achieve the task outcome, rather than using language that has been scripted or forms that have been prescribed in advance.

Tasks, then, allow learners to experience language used as a meaning system. Tasks are also motivating in themselves – it is satisfying to complete a task and achieve the goal. Tasks engage learners in real meanings and this prompts natural acquisition. Thus propositions 1 and 3 above find a home here.

Task-based teaching, however, involves more than getting learners to do a series of tasks. A diet of nothing but tasks might well, as Skehan (1996) points out, result in learners developing fluency at the expense of accuracy and their language becoming fossilized. More linguistic challenge is needed to drive the learner’s interlanguage development forward. Using tasks within a systematic methodological framework can help do this in line with the other propositions listed above.

A possible TBT framework, building on those described in Willis and Willis (1987, 1996) and Willis J. (1996), typically consists of three main phases:


The Pre-task priming phase is where the teacher introduces the topic of the task, highlighting useful words and phrases, and then sets up the task, giving instructions and the expected outcome. This again is consistent with propositions 1 and 3, since it provides meaningful teacher-talk in the target language which students must process in order to know how to attempt the task. Some silent preparation time will allow each individual to think of how to do the task and what to talk about, which enhances their engagement with the task and generally results in richer interaction (Foster 1996, Djapoura 2005, Ellis 2005: 3–36).

In the Task cycle, the Task gives opportunities for exploratory use of language, where learners work in the security of their pairs, in private, using whatever language they can recall. They then move to public, planned and more formal use of language at the Report stage where they report the results of their task to the class.

The Planning and Report stages also support proposition 6. The aim here is not to present the learners with new language forms in a vacuum. It is to help them explore and expand their own language systems in response to a new communicative demand. At the Planning stage, the teacher responds to the learners’ desire to express what they mean and to present themselves favourably. The teacher can do this by suggesting wordings that express learners’ own meanings more clearly, thus extending the language they already have. Note that both teachers and learners are using language to respond to a communicative need. They are not simply engaged in the production of language forms for their own sake.

Integrating a focus on form

This phase is based on explicit study of a written or spoken text used during previous task cycle(s). Let’s go back to the task ‘International Words’ described in the section ‘A TBT framework’. Once learners have finished listing the words they know, they could listen to a recording of fluent speakers doing a similar task, identify any words on their own lists, and try to add some more. They might then go on to classify their words, and report back to the class on their categories. Later, in the Form Focus phase, learners could be given the transcript of the recording and asked to listen again and do some analysis exercises, practising useful phrases.

Through its focus on meaning and its recognition of language as functional, Hallidayan linguistics provides a sound theoretical basis for language teaching. In terms of applications, it suggests a methodology which sees meaning as central and which is rooted in natural language behaviour, and which is supplemented, but certainly not dominated, by instruction and learning.

Posting Komentar untuk "Six Propositions in Search of a Methodology"